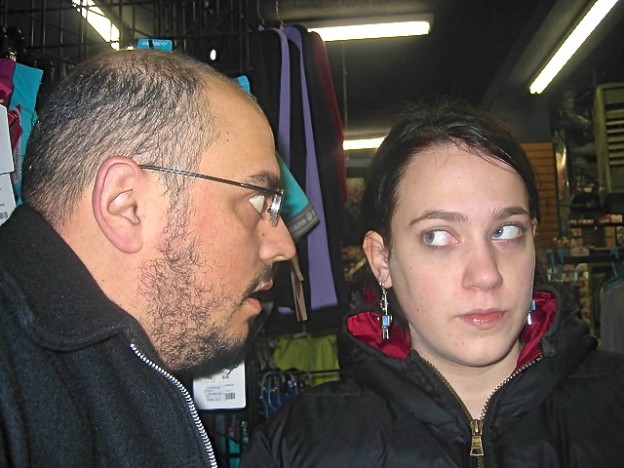 You’ve probably heard that if you react or behave in a particular way in an improvised scene, you should continue to behave or react in that way throughout the scene. That’s good advice. It’s no fun to see a character react to something in a specific way and then drop it for the rest of the scene. If your scene partner does something and you react suspiciously, you should probably react to other things suspiciously too. That’s how you create a game1 for yourself.

In rare cases, your scene partner may not be doing anything at all and then you have to actually discover things on your own to provoke you. But most of the time, once you have a template for how this character reacts, you should focus your attention on your scene partner and when your gut tells you “React!” go for it.

For more on this, checkout my posts about Emotional Yo-yo and Behavior is a game.

1. Game as in anything you do more than once, but not necessarily what we mean by game of the scene.
Also, the photo is by miguelb on flicker.

2 thoughts on “Let your scene partner provoke you”