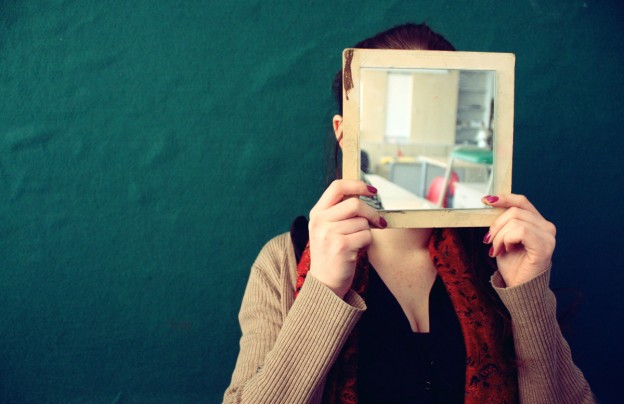 A few weeks ago, I started trying this exercise with the teams I coach: Whoever speaks second in the scene may only repeat words that the first person says. For instance:

And so on. Notice how easy this is. It’s easy for the player repeating, all they have to do is repeat a few words that the first speaker says. And it’s easy for the speaker too, they just keep elaborating on what they just said.

Are all the questions ok?

Well, there are a lot of questions, and we all know from improv 101 that we don’t ask questions. But the truth is many kinds of questions are useful, not wrong. You probably know that already. In this case, the questions are helping because they focus the players on precisely the part that is most interesting.

Take the following statement, “My only daughter left for college today to study English.” If you were the repeater, your options might be:

In each case, you would focus the scene in a particular direction. If you were the speaker, you would naturally elaborate on whatever point that the repeater asks you about. So while it may look like the repeater isn’t doing much, they are actually being extremely useful. They are guiding the speaker to the part of the statement which seems most interesting and could turn into something fun.

How you ask the question is important too. The repeater should be doing more than just repeating the words, they should be repeating them in a way that reveals their point of view. For instance, if they are surprised when they say “Today?”, that might make the speaker realize that the daughter left for school three months early and that she must really want to get away from home. If the repeater says “To study English?” with disdain, the speaker might realize that he had hoped his daughter would study something different.

No, the repeater doesn’t always have to ask questions. Sometimes, you should just repeat the part that you agree with. For instance, “Yeah… English” instead of “To study English?” You can also add a word or two like “right”, “yeah”, or “huh?” You don’t need to be super strict about repeating the exact words, as long as you are reflecting back to your scene partner the part that you most want to hear more about.

What should I do if I’m the speaker?

If you are the speaker in this exercise, let the repeater guide you. Respond directly to whatever they repeat back to you. In a way, the repeater is in charge, coaching you to elaborate on the most interesting details. With that in mind, if you are the repeater, and the speaker hasn’t said anything new or interesting in their last statement, just wait. Stay silent for a little bit and let them say another line or two until they say something you really want to hear more about.

Because it’s a lot easier than typical yes-anding. That’s the other improv 101 rule you are breaking by doing this. Technically you are just yesing. You are not adding information. Sometimes the beginning of improv scenes can be so laborious with all the mental gymnastics behind the diligent yes-anding. One person establishes the location, the other yes-ands with a relationship, the first person makes the relationship more specific (and so on). Sometimes that works, sometimes you can see how hard the improvisors are working to agree correctly and it’s just frustrating because each person in turn establishes new details which don’t work very well with what the other person has established.

Another reason to practice repeating, is that it’s a tool you can use anywhere in any scene, even if your scene partner doesn’t know what you are doing. Try it in your next rehearsal, show or class. When you are doing a scene, use this repeating technique for just your first 2 or 3 lines. See what happens. I bet the top of your scene will go very smoothly.

For a variation on this exercise, try this. After a minute or two of one person repeating, the players should flip roles. In the middle of the scene, the repeater should start responding with their own point of view about the topic or situation. When that happens, the speaker flips into repeater mode. A third variation is to have a longer scene and to flip roles several times in the scene. I was amazed how good the scenes were when people flipped back and forth. The players should simply follow these two rules: