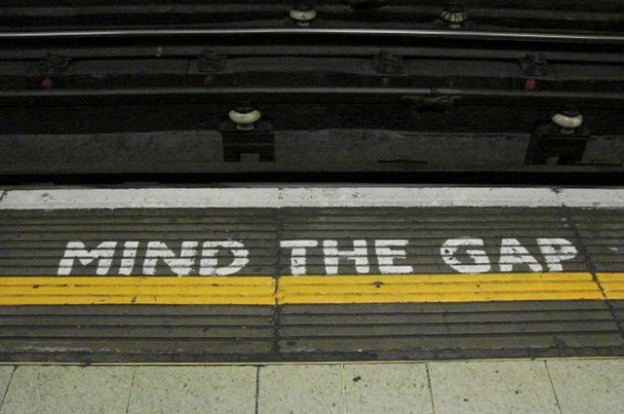 A lot of improv dialog tends to settle into a regular rhythm, a ping pong back and forth that we encourage in new students. I say something, you listen, pause briefly to consider what I have said and respond. Then I pause briefly to consider what you’ve said and respond to you. This is one way to build a scene, but if this rhythm continues throughout the scene, it can be deadly boring—one polite line of dialog after another with a short polite pause in between each one.

Instead, try something I call No Gap Dialog. Here is a good template to try:

Do a round of this and see how it feels. What do you notice? You probably notice that people are speaking more quickly than usual. You don’t need to do that though. You can speak your lines slowly or fast. The important part is to respond without thinking. As always, don’t try to be clever, just say whatever comes to you. Repeat parts of what the other person says. It doesn’t matter, just don’t allow any pauses at all.

You will probably notice that it’s pretty fun. When I do it, I don’t edit myself as much as I normally do. And that by the time we are five or six lines into the scene, something interesting and unusual has often emerged.

But this is not the only reason to try to exercise. One of the main reasons to do this is to practice varying your rhythms in your scenes. So after you have done a couple rounds of No Gap Dialog, try another round starting the same way. But this time, take a random pause somewhere in the first minute of the scene. And I mean take a big pause: a gigantic, awkward, conversation black hole inducing pause straight out of a Pinter play.

When do you take the pause?

Imagine if one character says, “I can’t wait to see Aunt Carol at Christmas,” and that is followed by 20 seconds of awkward silence. And then whoever speaks, changes the subject. Something important is going on with Aunt Carol or Christmas. We still don’t know what it is, but we know it’s something big.

Once again, you may need someone side coaching you to take a pause. I often find that even when I stress the idea of taking a pause, players forget to do it in the heat of the scene. If people are having trouble taking pauses or holding them for long enough, I use some kind of sound cue to tell people to start the pause and to continue after the pause. Snapping, clapping, strumming a string on a guitar, something like that will work fine.

By the way, these two things work best together. No Gap Dialog punctuated occasionally by pregnant pauses works great. But if you are doing your normal line/pause/line rhythm, the longer pauses don’t stand out as much. They aren’t as fun. And often they just drag the scene down.

Keep doing it and challenge yourself to push it at both ends. Let your No Gap Dialog sometimes become completely overlapping dialog. See how long you can keep a pause in the dialog going, 30 seconds? A minute? More?

Give it a try and let me know how it goes.

3 thoughts on “No Gap Dialog”