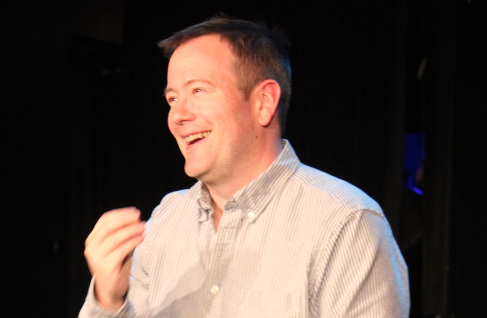 Over the past few years, I’ve been a co-owner and the Artistic Director of Under The Gun Theater in Chicago. During that time, I’ve had the pleasure of producing many shows at our space in Wrigleyville, and being a part of an incredible ensemble of performers. On the whole, it has been a wonderful experience. I’ve learned much about producing and marketing shows. And I’ve sharpened my vision of the kinds of shows I’d like to direct and perform in.

However, after discussions with my business partner, we agreed to part ways. Our projections for the company were different. And week by week, our visions for the theater and our strategies for getting there were diverging more and more. In the end, she offered to buy me out and I agreed. As of about a month ago, I resigned as the Artistic Director of Under The Gun Theater and notified our ensemble and staff shortly after.

I also formally started a new company, one that I founded nearly 20 years ago, the Improv Resource Center. For the first time, the IRC will have a physical place in the real world to call home. From there I will be offering classes in improvisation and sketch comedy. And I will produce a number of shows in the next year, but at a much more reasonable pace. Instead of directing and producing a dozen new shows a year, I look forward to working on 2-4 shows instead.

I still have a couple of projects that are wrapping up in the coming weeks. I’ll be teaching my last class for Under The Gun next week. (There are still places available in that improv bootcamp, btw!) And I have two shows that are still running at the theater, Dear James Franco, which closes at the end of August and /Fiction which closes in two weeks.

Will I develop a new ensemble?
I want to focus on creating a solid foundation in classes first. I loved helping to shape the Under The Gun Ensemble and look forward to developing a new artistic family in the future.
Will I be continuing the Improv Resource Center Podcast?
Yes! I have 5 podcasts recorded and ready to be edited and released. Expect many more episodes in the future. I hope to increase the production schedule to twice a month or more.
Will the IRC have a theater?
I love having a theater space to do shows and look forward to having one in the future. My first priority is getting classes up and running. When that is well underway, I’ll look into opening a new space.
Will the message boards and improv wiki be maintained?
Yes! Of course, I’ll keep the IRC wiki going and the forums. And I hope to start some new projects that will help encourage people to use them more in the future.
How can I find out what’s happening?