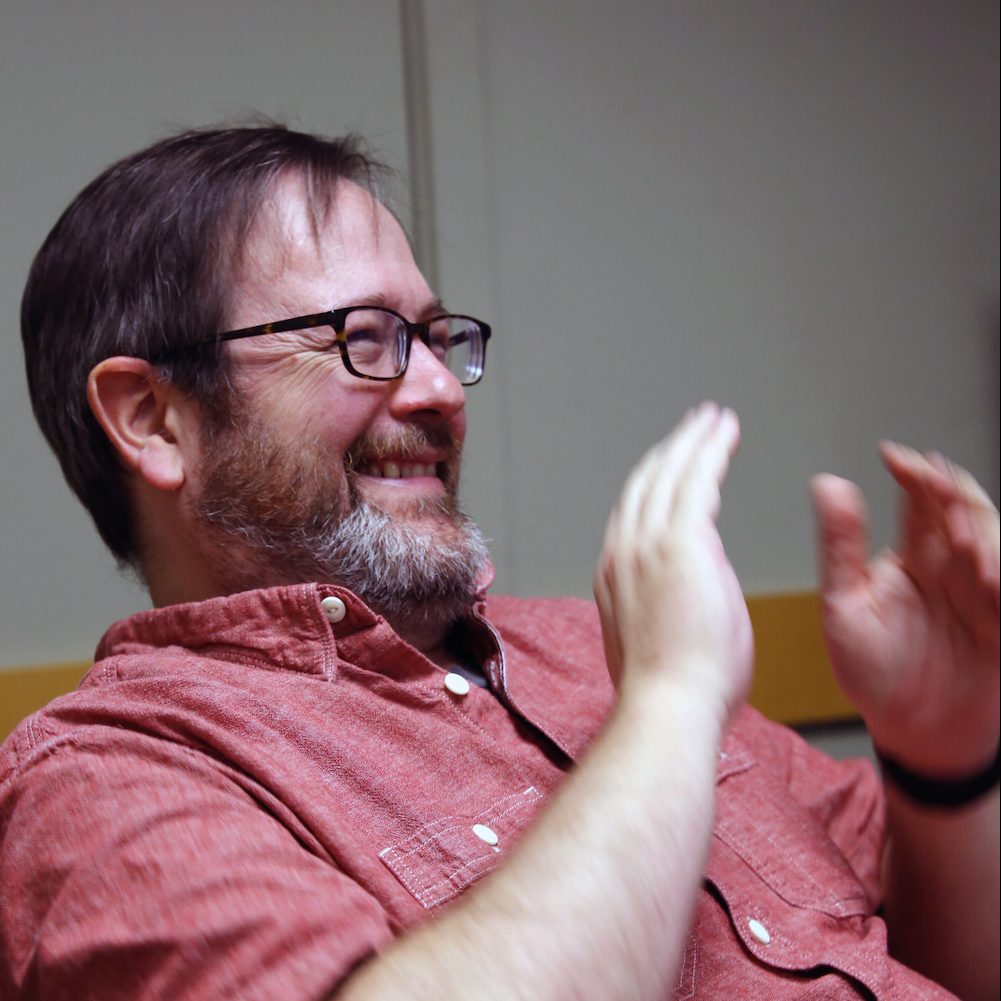 Finally the teacher asks them to try again. She gets a new suggestion of a location and has the same two students improvise a scene. This time they aren’t making the same mistakes, but that is because they don’t seem to be making any decisions at all. They are in their head, the scene is stilted, their play overly cautious.

“And scene!” The teacher stops it again and gives them even more notes.

I would think that most improvisors can relate to this scenario. We have all been in classes or workshops where the teacher has taken the time to point out the flaws in our scenework. It doesn’t feel great when it’s happening. Sometimes, we feel like we have learned something from it, sometimes it’s just a negative memory. I certainly have my share of these kinds of memories, both as a student and a teacher.

The last time I was in Del‘s class was one of those nights. He stopped every scene I was in. Over and over he told me that I wasn’t agreeing with my scene partner. It was a tough night. At the time, I didn’t quite know what he was getting at. I thought I was agreeing. I certainly wasn’t arguing. I think now that I understand what he was trying to tell me. I think I have pulled a positive nugget from that negative experience to help me. But honestly, I’m still not sure that I got his point.

So, is this the best way learn? When we make a mistake, is it best to have that mistake compounded by harsh notes from a disappointed teacher? I’m not sure to be honest. The negative feelings associated with that note can go a long way to carving it into our brain and into shaping our future choices. Like a child not wanting to get burned, our gut tells us to avoid doing the thing that got such a negative response in the past. We typically want the approval of those who are giving us notes, so if the negative note is correct, perhaps it can help guide us to avoid similar mistakes in the future. However, there’s something about it that just doesn’t feel right to me.

One alternative comes to mind immediately. We might want to dwell on positive notes instead. When a student does something well, the teacher should offer generous praise for that specific good choice that the student made. This probably does not happen enough in improv classes. I’m guessing that the majority of notes that I’ve given over the years have been negative ones. My hunch is that specific positive notes are probably more effective than negative ones.

I’m not talking about empty flattery, that is no help and it may actually hurt the student. Some teachers cover their students with blankets of praise. But it does not help to tell students that they are “good” and “funny” without telling them what precisely they are doing so well. What choices did they make that were right and why? Tell them that, and you will help them.

So should we give up on negative notes? I don’t think so. Negative notes serve a purpose. If a scene is bad, and if the note giver understands why the scene is bad, he or she should give that note. But why does it have to make everyone feel so bad? Perhaps there is a better way to give a note.

Next, tell them that they will make mistakes, lots and lots of mistakes. That it’s ok to make mistakes. It gives us an opportunity to learn. And that if they can leave a class with one or two very specific notes about things they actually can change or work on, they should feel happy and optimistic, not depressed.

Then you have to change how you actually give the note. When you spot a mistake, be upbeat about it. Be excited that you have an opportunity to give them a constructive note. When possible, give them a proactive alternative to their choice. Don’t just tell them to not ask questions, tell them to make statements that establish information instead. Mostly, it’s about tone though. Turn mistakes into opportunities. Be upbeat when you give them a note and be specific. And most of all, don’t keep them up on stage for a long time while you are giving them the note. Be brief, and then ask them to try again or sit down.

What if students keep making the same mistake over and over? Find or create some exercises which specifically target that problem and use that exercise until they no longer make that mistake (this might be something you spend only part of your time on, spread over several classes). Treat it as a fun drill, and work on it until it becomes second nature. Giving a student a note over and over again is not the most effective way to learn something. Instead, they need to practice the right way to do something.

By the way, I was listening to Improvised New York today. They were interviewing Armando Diaz from the Magnet Theater and he put it this way:

2 thoughts on “Embrace the Mistakes Your Students Make”